On Wednesday, the 27th of October, Mr Eazi hopped on Instagram to call out American rapper, Jay Z for allegedly copying him. His accusation started with a screenshot of Marcy Venture Partners recent fundings.

Marcy Venture Partners is a venture capital firm that is interested in investing in startups with consumer products and services, and digital media and technologies. It was co-founded by Jay Z in 2019.

His post has left many people confused. They have no idea if he is referring to the idea or if he has plans of venturing into Tech or investing in start-up businesses. We sincerely hope Jay Z won’t sue Mr Eazi for slander. 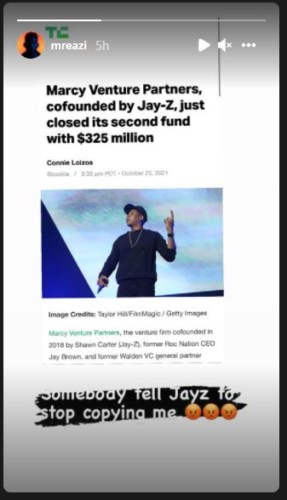