Skip to content
Politics
June 9, 2021June 9, 2021
Freaque Houze
Leave a Comment on How is asking to leave Nigeria considered a declaration of war? Rapper Eldee asks as he defends IPOB’s demand

Rapper Eldee has defended IPOB’s demand of secession of the South-East region of the country from Nigeria.

The rapper who wondered why asking to leave Nigeria is considered a declaration of war, stated that such claim is like forcing a wife to stay in a marriage she no longer wants and threatening her with physical abuse for asking to leave.

Eldee also asked if Boko Haram and other self-declared terrorists have not done enough to be “treated in a language they understand”. 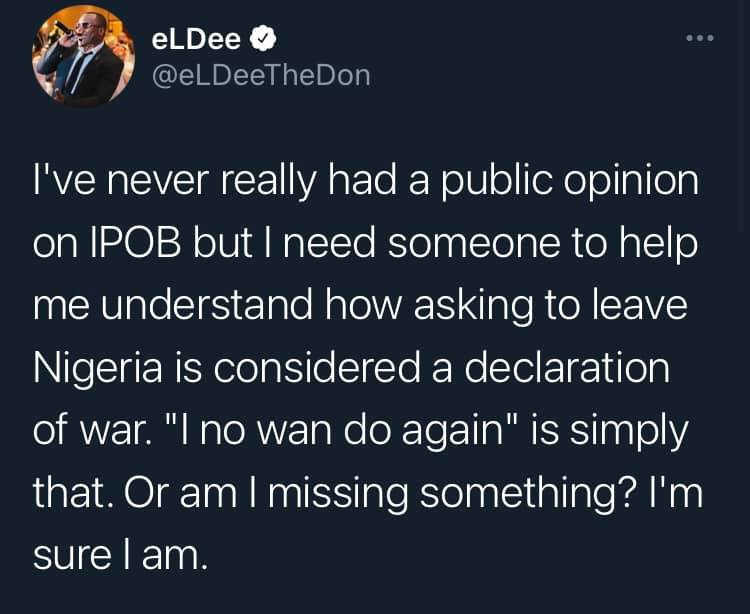 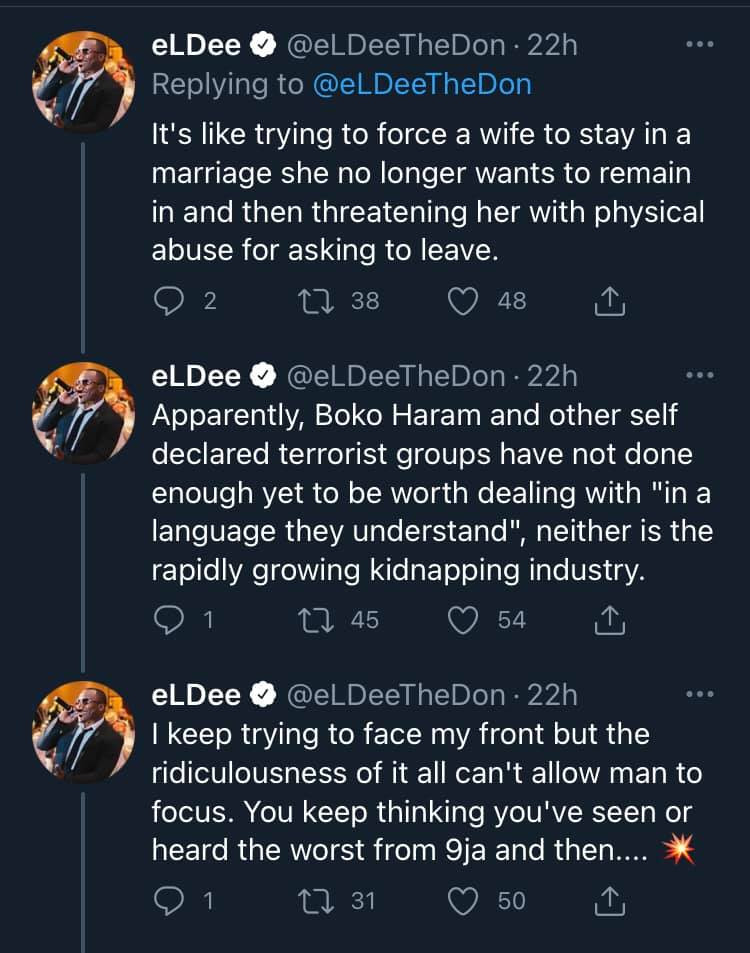 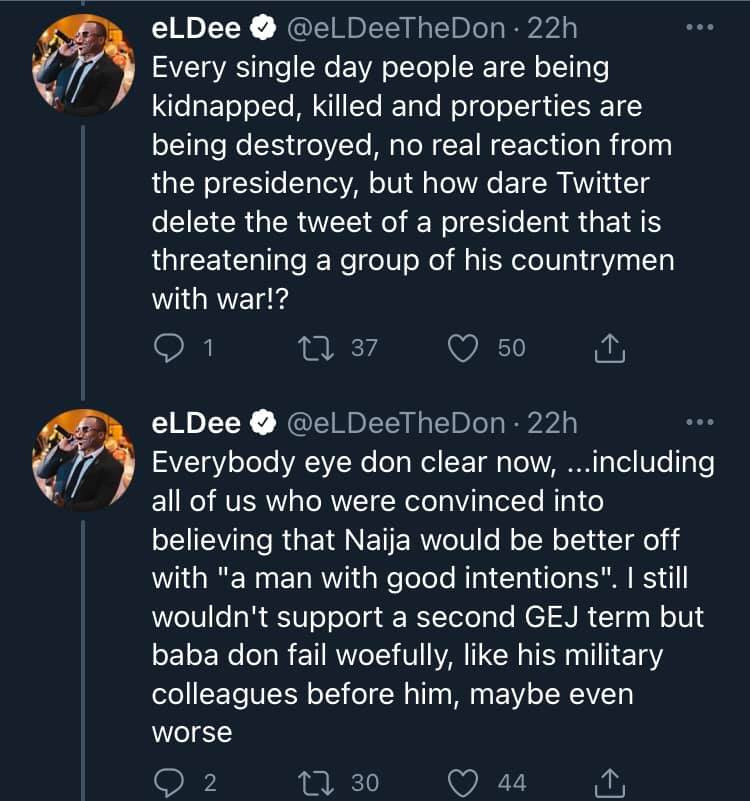 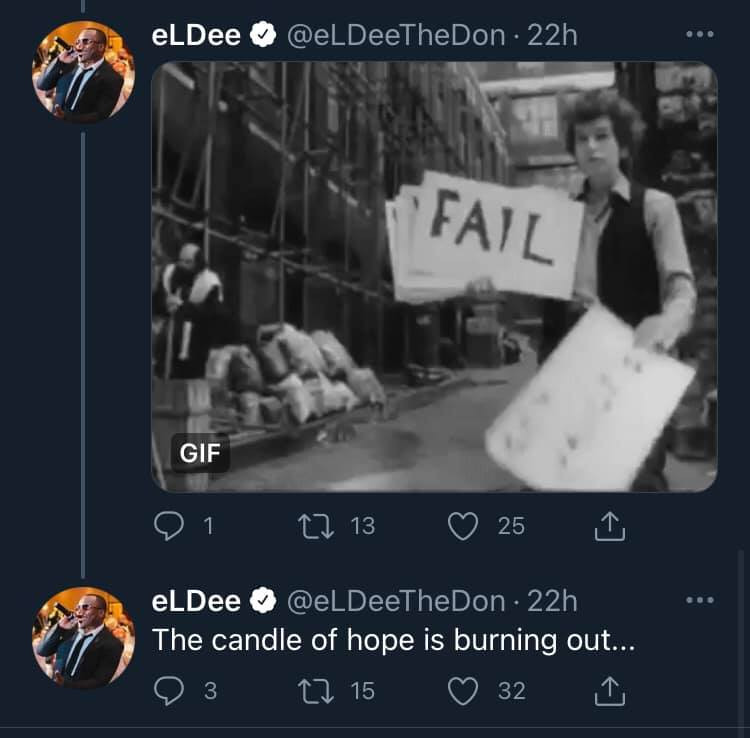 President Buhari will on Friday, June 25 leave Nigeria to […]

Senate President Ahmad Lawan has said that since civil war, […]

June 12, 2021June 12, 2021
Freaque Houze
Leave a Comment on Since civil war, there was never a time the military is involved in some type of warfare than this time – Senate President, Ahmad Lawan

President Buhari on Thursday June 10 reiterated that his directive to […]

June 11, 2021June 11, 2021
Freaque Houze
Leave a Comment on My shoot-at-sight directive on criminals with AK-47 remains in place – President Buhari